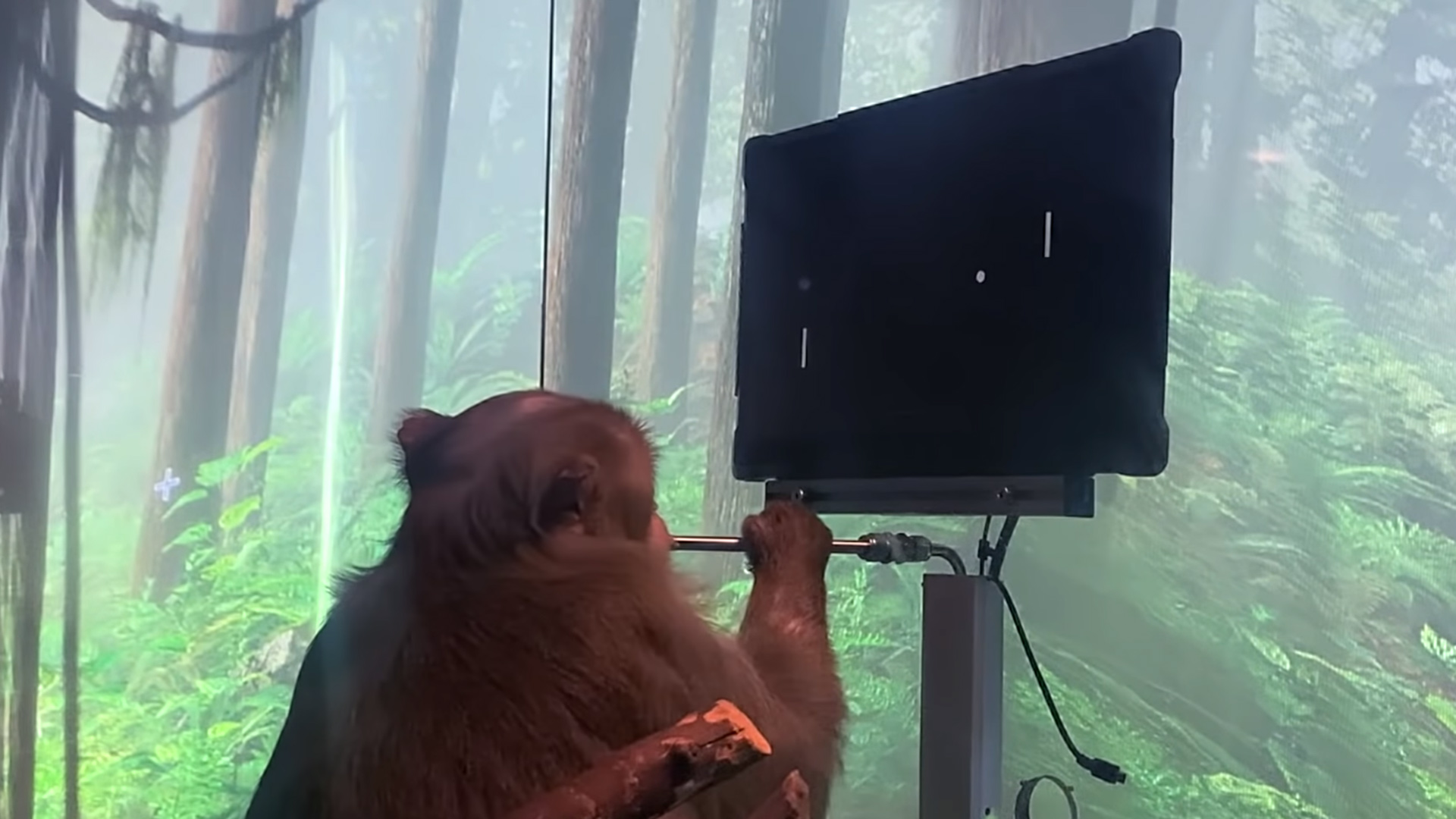 This story about playing games with your mind, boiled down, in 1:50 minutes.

Pacer the monkey has implants in his brain that allows him to play Pong with only the power of his mind. Such technology could revolutionize gaming beyond our wildest dreams.

In 1964's The X-Men #7, comic book fans were introduced to Cerebro for the first time. With this device, Professor Charles Xavier could amplify his telepathic abilities to detect fellow mutants on a worldwide level. Although Elon Musk's Neuralink is nowhere near this dramatic, the brain-machine interfaces they are developing (for humans) has some real futuristic potential in how we control technology.

A video from Neuralink shows the 9-year old monkey playing the old-school game Pong with his mind through two devices implanted in his brain. By first getting Pager to play with a regular joystick, researchers were able to analyze his brain signals that were firing off from controlling the game. Eventually, by transmitting those previously signals into the computer directly and removing the joystick entirely, Pager was able to "telepathically" control the game.

Elon tweeted the above shortly after the video went live, and no doubt it ignites the imagination. These implants could give anyone telepathic computing powers, include quadriplegics, to allow them to control full computers using solely the mind.

Specifically in gaming, it's hard not to imagine the potential of this tech in the same vein to how virtual reality pushed the boundaries of what gaming could be. Even better, it will allow gamers who cannot physically use a controller and/or VR headset to play and compete on the same level as able-bodied gamers.